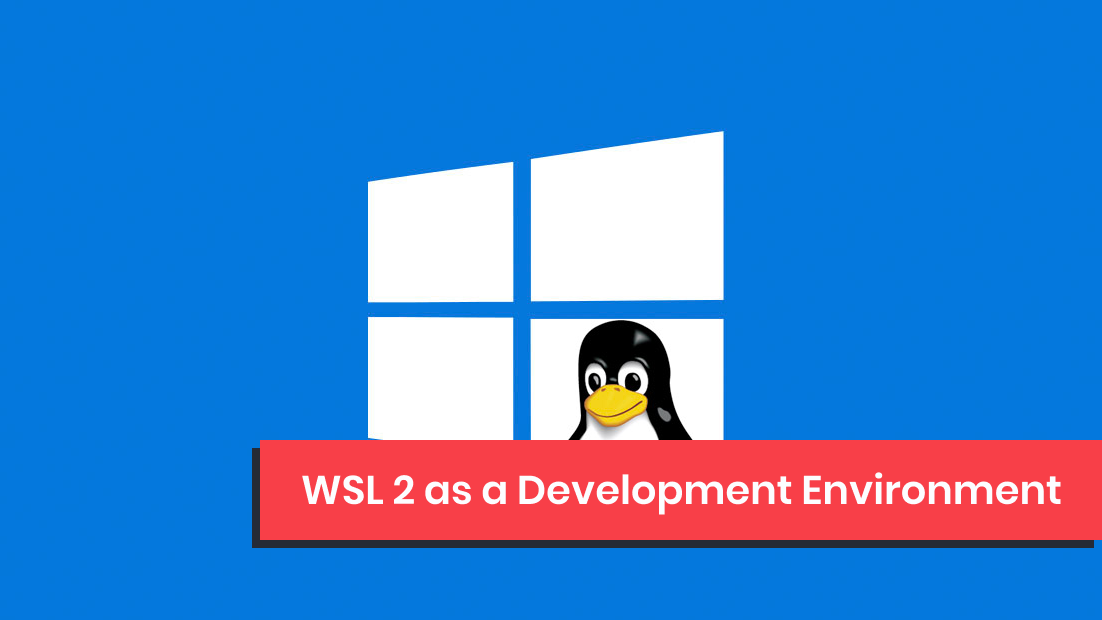 We’re fans of Linux in the office, but often have to use Windows in our day-to-day work. The idea of having a fully-functional Linux distribution available within Windows is pretty appealing—does WSL 2 fit the bill?

WSL 1 was a good start; it offered full emulation of kernel calls, allowing us to run full Linux apps in Windows. WSL 2 is something of a rewrite and instead of emulation it (initially) includes a full 4.19 kernel with a Hyper-V virtual machine running underneath the hood to provide support.

What follows is a deep dive on installing and setting up a WSL 2 environment with Visual Studio Code, with some added extras thrown in (Oh My Zsh, Powerline). We’ll cover some extra tooling (Docker, Cypress) in a future blog post. Grab a coffee, it’s a long read.

If you’re interested in setting up a WSL 2 development environment, there are a few pros and cons to be aware of:

We’ll take you through the necessary steps to get WSL 2 up and running.

WSL 2 is now available on the mainline Windows 10 release via the update channels (release 2004). No need to be on an insider built to try it out anymore!

If you’ve already got WSL 1 running on your machine there’s no harm following the instructions; some of these are different from a WSL 1 installation and aren’t optional!

The full WSL installation docs are available here if you have issues. I’ve reproduced a slimline version below.

Note that if you have installed WSL before, that second line is new and is required.

That ensures that WSL is running, and that WSL 2 has access to the VM platform it requires. Restarting at this point is a good idea, if you don’t you’ll hit a fairly obscure error message.

Go to the Windows app store and download an image of your choice (I’ve tested on Ubuntu 18.04, but others should work). Depending on your existing setup, you may find these are running WSL 1 by default and so need to change to WSL 2.

Existing WSL 1 distributions will be visible in this list as well as newly downloaded ones, and either can be upgraded. If all of your images already show as v2, skip to the next section!

WSL 1 and WSL 2 images can run side-by-side, and there’s no harm to downgrading images if you’d like to go back to WSL 1

This command may take a few minutes. At this point it’s worth making sure future distributions are all started on v2 by running

To check that it’s upgraded, run

Installing WSL will put the system bash.exe higher on the path than other copies (like git-for-windows bash). If this is an issue for you, change your path variable to put your git copy of bash.exe before C:\Windows\System32

Oh My Zsh and Powerline (Optional!)

We’re also big fans of Zsh. This is entirely optional, but if you’d like to run Zsh and Powerline, follow along. Otherwise, feel free to skip to installing VS Code.

Start up the WSL shell. This can be done by:

Once inside (if it’s the first launch), you’ll be asked to set a password.

There are a few nice Zsh recommendations that we don’t want to deal with in detail. Take a look at the following:

At this point we’re going to install Powerline, but we’ll use a fast re-implementation called Powerlevel10k. It’s got a few performance savings that will help us whilst running in the VM!

Before we do that however, we’ll head back to Windows and grab some fonts to help us render Powerline properly. Any set of font referred to as ‘nerd fonts‘ will work, and we’ll use the excellent Delugia Nerd Font. Grab the .complete.ttf version, and install it right-clicking on it in Explorer and selecting ‘install’.

Back to the WSL terminal, to install Powerlevel10k just create a subfolder to keep the install folder in and then run

Then open up your Zsh config (nano ~/.zshrc, or an editor of your choice) and include the line ZSH_THEME=powerlevel10k/powerlevel10k.

When next launched (or by running source ~/.zshrc) you’ll be taken through a set of preferences to set up Powerline. If you’re running hyper.js and seeing issues (particularly with kerning), try Windows Terminal instead. If using Windows Terminal, you’ll need to override the font used. Go into your settings and add a "fontFace": "Delugia Nerd Font" line to the WSL profile object.

We don’t actually want to install VS Code in WSL—we’ll be using the new remote features to run code in WSL from a Windows instance. For more information check out this article. TL;DR? It just works, even to the point of intelligently installing extensions on the appropriate OS depending on usage.

Before we get to actual code, it’s worth referring to a few handy hints and tips from the VS Code team:

As mentioned in the pros/cons list above, WSL 2 is slow when accessing a lot of files on the Windows filesystem. Simple git tasks like status will be noticeably slower. To avoid this, move your code folder into the Linux filesystem. Either:

Note: the Linux filesystem is also available within your appdata folder, but it’s important to only access it via the shared drive. That allows Windows to intercept file calls and translate them to the Linux file system, preventing painful issues when accessing or modifying data!

We glossed over it pretty quickly above, but \\wsl$ is a great way to access your Linux filesystem from Windows. It’s the only safe way to access it (do not access it directly, we won’t even tell you where it is to avoid you going looking for it).

At this point the system is up and running. You’ll need to set up your development environment. For us that involves:

Note that we grabbed nvm version 0.35.2 (latest at time of writing), check here to see if a newer version is available!

The last two commands should print out installed versions if the process worked.

And with that you’re up and running. Clone a code folder, run code . and start developing. In the next blog post in this series we’ll handle running Docker and Cypress within WSL 2.