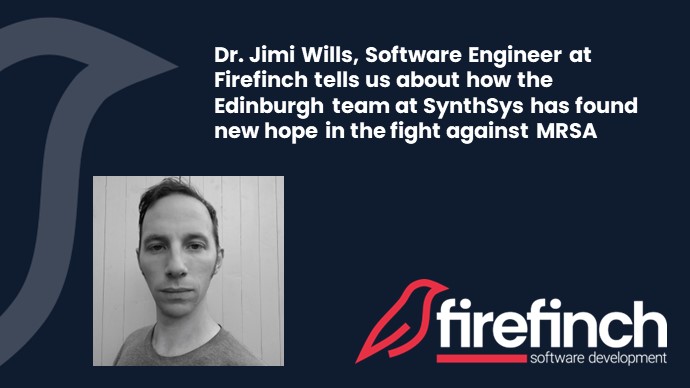 MRSA (methicillin-resistant Staphylococcus aureus) can cause infections, sepsis and death, and is of particular importance in the healthcare environment. 2% of people carry these bacteria, so it’s very easy to catch if you’re prone, and very difficult to treat. Liang-Cui Chu, a talented scientist in Sander Granneman‘s lab (SynthSys, University of Edinburgh), was aiming to contribute to this difficult problem, but the team’s recently published research is a lot more valuable than originally anticipated.

You’ve probably heard that DNA is our blueprint. Did you know that each gene in DNA is the information required to make a particular type of protein? Proteins do most of the jobs in our cells, and the same is true for MRSA bugs, and controlling how much of each protein gets made is a core concern for cells, a concept known as gene regulation. Gene regulation can help cells respond to environmental stimuli, such as immune attack or changes in temperature. How virulent a bacterium is – how well it grows, evades the immune systems, and how easily it spreads – is in part determined by gene regulation.  A particular class of proteins called HTH-domain proteins that are known to regulate genes by interacting with DNA.

But there’s another type of molecule heavily involved in turning DNA data into proteins: RNA. RNA is an intermediate between DNA and protein, and interactions between RNA and other proteins form one type of gene regulation. So proteins that interact with RNA are a big deal, and that what this Nature Communications paper is all about.

Find out more in this paper as published in Nature Communications accessed via https://www.nature.com/articles/s41467-022-30553-8